On Wednesday 13th August around 25 people joined us for a heritage walking tour of Knowle West with local historian and lifelong resident Ken Jones. Ken gave a detailed account of Knowle West’s rich history, stretching all the way back to its past as a Roman settlement in the 3rd Century.

The walking tour started with the history of the Knowle West Media Centre site where there used to be a health clinic built in the early days of the NHS in 1952. It was next door to what was colloquially known as the “fever hospital.”

The tour then moved on to Inns Court. Several churches have existed over the years on the site of Holy Cross Church at Inns Court and the current church was built in 1999. Though the building is new, an old bell and font from Temple Church, which was bombed during the Second World War, reside there.

Behind the church at Inns Court Ken showed us where parts of an old manor farmhouse are still visible. The farmhouse was subsequently used as a vicarage and later to house chickens. There was also another farm situated near the current site of the bus depot. In the old farmhouse there was a secret room revealed by a levered shelf in the larder – where it is claimed that Royalists hid from Roundheads during the Civil war in the 1640s.

The tour then visited Filwood Broadway where you can see a series of purpose built buildings from the 1950s, including Filwood Library, Filwood Social Club, and the swimming pool which closed in 2008. The old cinema that was first opened in 1938 is also on Filwood Broadway – some of the seats from which can now be found at the MShed museum.

Ken provided a comprehensive and, at times, surprising journey through the history of the area. He explained that “Knowle West” was invented as a postal address by the Post Office in the 1930s and the area’s official name is Filwood Park. “There’s no such place as Knowle West,” commented Ted, who is the caretaker at Holy Cross Church.

Participants found the walking tour very interesting and were interested in attending similar events in the future to hear more of Ken’s unrivalled local knowledge.

Thanks to Bristol Museums, Galleries & Archives for working with us to organise the walk as part of their summer programme. 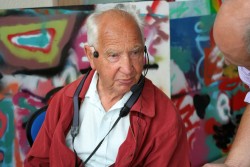 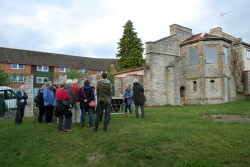 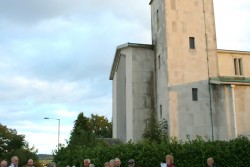 The Church of Christ the King, Filwood Broadway

Tattoo exhibition reveals the lives, loves and loss behind our body art

A Mobile Tattoo Parlour has been touring Knowle West this summer, digitally collecting people’s pieces of body art. This September we’re holding special preview event where you can find out what the Parlour has discovered…

I Will Always Have You is a collaboration between KWMC, Stand + Stare and Play Nicely. It explores Bristol’s tattoo culture and the fascinating stories behind why people have tattoos – a heady mix of lost loves, raw regrets, and personal memories.

The preview event will take place on Thursday 11th September, from 5.30-7.30pm. You will be able to:

Also, join Dr John Troyer from the Centre for Death and Society at the University of Bath to explore the history and cultural role of memorial tattoos.

If you would like to come, please reserve your place at iwillalways.eventbrite.co.uk or call 0117 903 0444.

Drinks will be served; ink will be spilled…

The event is organised by Bristol City Council and is one of a range of ways people can engage with the Mayor outside of formal council meetings.  Potential questions will be collected from attendees on the night and independently chosen to ensure a good spread of issues.  The event will last for about 75 minutes and there’s likely to be time for about 15 to 20 questions.  The event will be independently chaired and the Mayor will not know the questions in advance.

Booking is required for this free event as places are limited.   Book your free place at www.bristol.gov.uk/mayorquestions or call 0117 922 2848.

Doors open at 6pm and the event starts at 7pm.

For more information about using our spaces for your event visit the Hire section.

Are you looking for office space in South Bristol? If so we’d love to have you join us.  We currently have some managed office spaces available to rent in our beautiful purpose-built media centre.

The offices are suitable for businesses or for individuals that may want to ‘hot desk’.  All of our offices are infused with natural light, have fast WIFI, and are supported by our friendly and knowledgeable creative technology team and our helpful front of house team.

Our building is full DDA compliant and we aim to be as environmentally friendly as possible.  We are a within a five minute walk from local amenities including bus stops, post office, shops, cafes, library and the stunning Northern Slopes, which are perfect for a mindful lunchtime walk.

Our rates are competitive and we offer flexible terms. If you think this could be the right place for you and your business please drop us a line to arrange a time to take a look for yourself. Call our Front of House team on 0117 903 0444 or visit the hire section of our website to find out more. 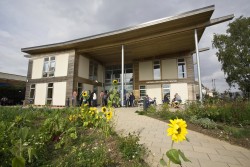 Three young people from Bristol have been recognised at a national event for young coders – holding off competition from across the country.

Chris Chapman and brothers Rhys Marsh and Owen Marsh won the ‘Code a Better Country’ category at the Young Rewired State Festival of Code 2014 with their app CityRadar. The event took place at Plymouth University from 1 – 3 August and marked the end of a week of experimentation where young people gathered at coding centres across the country.

During the annual Festival of Code young people use freely available open data to make websites and apps that address ‘real-world’ challenges. CityRadar allowed people to use their mobile phones to quickly report issues in their community such as graffiti or fly tipping.  It was programmed to send a report to the local council – who could then flag the issue when it had been resolved.

Chris, Rhys and Owen developed the app at KWMC over just four days, before heading to Plymouth with their mentor Tom Mortensson from the University of Bristol, and other young coders and mentors. A total of six teams from KWMC presented their apps to judges and one team also reached the semi finals with their app Weekly Shopper.

The University of Bristol and Chartered Institute for IT (BCS) collaborate with us during Young Rewired State, with their staff, students and volunteers acting as mentors to the young people.

Through Young Rewired State, we want to support young people to make apps that encourage social action – and we hope that coders will be inspired to explore new skills, ideas, and careers.

This is the second year that we’ve been a Young Rewired State centre and CityRadar is the second success story to emerge. An app conceived by five young people in 2013 is soon to be rolled out across Bristol as part of European project IES Cities. The app, Democratree, will allow Bristol residents to identify potential sites for trees to be planted.

Chris Chapman, a member of the winning group with CityRadar, said: “Young Rewired State has been a very enjoyable experience for me – I think it’s an incredibly important opportunity for any young coders who want to go and make something, and strongly recommend it to young coders looking for an opportunity to show off their skills. You get to see some fantastic talks from people in the industry and meet loads of amazing new people.”

Mike Bartley, local Chair for the Chartered Institute for IT (BCS), said: “We wanted the week to be fun and practical, allowing participants to see a whole new side of computing. It not only focuses on code development but also on the creative process, team work and communication skills – which most companies regard as key skills for working in the sector.”

Caroline Higgins, Outreach Manager from the Faculty of Engineering at the University of Bristol said: “At a time when many schools feel under resourced and lacking in computing expertise, activities like Young Rewired State and Digimakers are playing an increasingly important role in inspiring the next generation of engineers and technical innovators. Since the launch of our outreach programme we have seen a huge demand for this kind of informal learning activity. Working with our partners KWMC and BCS allows us to pool resources and have more impact, particularly in areas of Bristol that need it most.”

Beccy Thomas, Young People’s Programme Manager at KWMC, said: “We are excited to be building on the success of Young Rewired State with our new schools programme. KWMC will be working with six partner schools in South Bristol including Victoria Park Primary and Bridge Learning Campus Secondary Phase to develop new and creative ways of teaching young people ICT and computing. It’s unique to have an arts organisation working with schools in this key curriculum area.”

Image: Rhys, Owen and Chris (left to right) with their awards 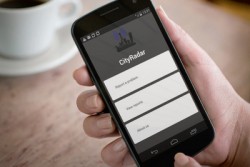